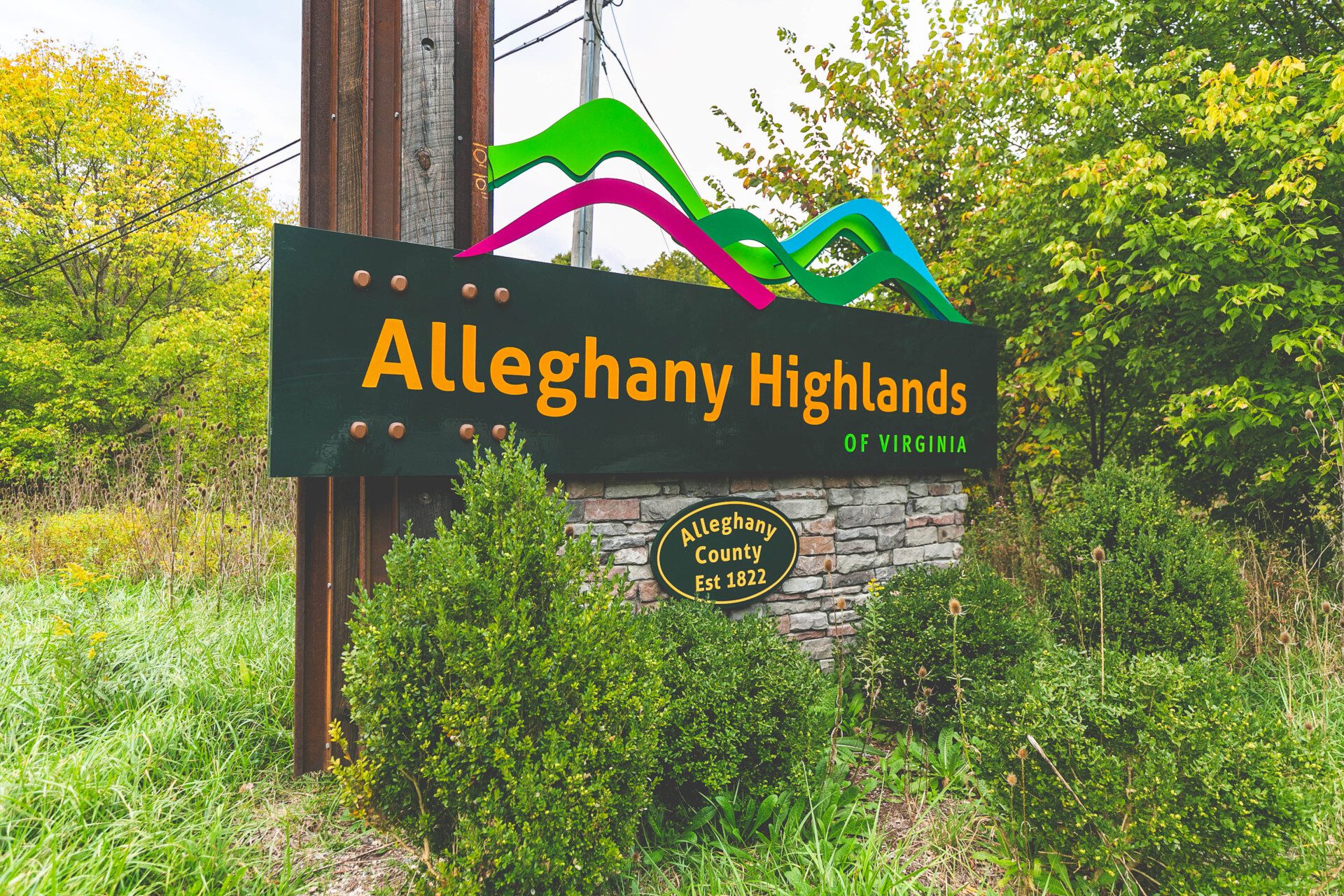 One of Virginia’s best kept secrets is going viral.

Long known for offering residents an incredible quality of life, word is out on the Alleghany Highlands as an equally desirable business address.

Adopting a collaborative approach, Alleghany County, the City of Covington and towns of Clifton Forge and Iron Gate have pooled resources and expertise to drive economic investment across the region. In conjunction with local governments and partners, Covington-Alleghany Industrial Development Authority (CA-IDA) and Alleghany Highlands Economic Development Corporation (AHEDC) are charged with facilitating and promoting business growth and expansion opportunities.

With the finishing touches being put on a new pad-ready site in Low Moor at the Alleghany Regional Commerce Center along with the pending announcement of a large manufacturing company selecting the area for their new facility, it’s safe to say the region is off to an exciting start to their shared vision.

While the ‘all boats rise’ approach recognizes the interconnectedness of the geographic region, leaders note getting to this point took time, effort and a willingness to shake up the status quo. After years of small population declines and duplicative efforts between the four government entities, leaders knew it was time to take a different tactic. “Economic development doesn’t happen overnight,” points out David Crosier, current Vice Mayor of Covington. “Other counties started earlier and got a jump start, but Alleghany Highlands is catching up quickly. We have come a long way in a really short time.”

That rapid advancement begins with a willingness to innovate. “We were one of the first cities/counties to put a joint economic development agreement in place,” explains James M. Griffith, Vice Chair of the Alleghany County Board of Supervisors and a board member for AHEDC. The novel concept, he adds, had to be approved by the Commonwealth of Virginia which occurred in May 2017.

“We have a very good working relationship between the four governments,” says Covington City Manager Allen Dressler. “We certainly understand what’s good for one is good for all.”

Business owner David Oliver, who chairs the CA-IDA, agrees on the importance of collaboration among elected officials. He adds having the IDA and AHEDC working toward the common goal as entities outside local government is also beneficial. “We’re a little more agile,” he explains of meeting client needs. “We’re a bonding authority and can issue bonds for projects,” he adds of the IDA. “We can be a housing authority, as well.”

Creating the new pad-ready site presented the perfect opportunity to put the region’s teamwork in play. “The County has owned the property for over 20 years,” Griffith says of the previously undeveloped land at the Commerce Center.

Oliver adds, cost for the four-phase project will total almost $9.8 million upon completion and be shared among the partners but so, too, will be the revenues. “It’s just over 100 acres and can handle up to a 750,000-square-foot building,” he says.

“With the market trend of trying to on-shore product back to the US, it’s a really good time for pad-ready sites,” Oliver continues.

The pandemic exposed supply chain lapses. While labor costs once drove manufacturers overseas, efficiencies in domestic manufacturing methods have helped offset some of that expense, and disruptions in the supply chain and significant spikes in shipping costs have proven to be even more costly for many companies.

“We realized that a lot of companies don’t want a prefabricated shell building. They want property that has utilities and infrastructure where they can come in and build out to suit,” points out Crosier, who also sits on the AHEDC Board.

Griffith agrees, noting shell buildings were popular before robotics, technology and clean rooms caused layout needs to vary. “Someone might look at putting in a data center,” he notes. “Their layout and building needs are going to be totally different than a machine shop.”

He says the partners are taking a holistic view to ensure the necessary pieces are in place to handle growth. “Not only are we looking at the pad site, but also the housing you need when you land a company,” Griffith points out.

For example, he continues, the incoming manufacturing company will bring new jobs and people to town. “It’s a little over $113 million in initial investment and will build out to nearly 230 new jobs in phase one.”

To help meet housing demand, construction will be complete on 105 townhomes just below the Commerce Center by summer. In addition, R. Fralin Companies, Inc. is building 96 luxury apartments at the entryway to the Commerce Center, adjacent to the YMCA and County-maintained pocket park on the banks of the Jackson River. The River Retreat apartments, expected to be leasing by the first quarter of 2023, will provide local employees the ability to live in a setting adjacent to the amenities of the YMCA with the bonus of direct river access.

Building on a Solid Foundation

The Alleghany Highlands already has multiple business advantages attractive to companies of all sizes from entrepreneurial start-ups to WestRock, a Fortune 500 company.

Teresa Hammond, Executive Director of the Alleghany Highlands Chamber of Commerce and Tourism, notes commercial property is available throughout the region for everything from retail to light-to-medium industry. Additionally, she says resources and incentives make the area attractive. “We do have Enterprise Zone tax incentives available to businesses thinking about moving here,” she says, adding there is also an Opportunity Zone incentive.

Crosier says great interstate and internet access are two other major economic drivers. “One of the things we can boast about is we have tremendous fiber optic capability,” he says. Lumos and local governments worked together to put an ultra-high bandwidth network in place covering 95 percent of the Alleghany Highlands.

Griffith adds geographic location and interstate access were two key considerations for the new medicinal products manufacturing company coming to town next year.  Multimodal options include the Port of Virginia in Norfolk, freight rail connectivity through CSX, close proximity to three airports and direct interstate access to I-64.

“WestRock is the single largest tonnage exporter in Virginia,” notes Oliver. “If our transportation system is adequate for them, it will be adequate for anyone.” Another key component for any company considering expansion or relocation is access to a skilled workforce. It’s a benchmark the Alleghany Highlands meets and exceeds.

“First and foremost, we have a great education system,” says Dressler. Pointing to another example of the region’s unified mindset, he notes the City and County K-12 school systems have recently merged. Dressler says the long-term hope is to realize savings to reinvest in expanded programs.

Hammond adds the Alleghany Highlands is home to Mountain Gateway Community College and Jackson River Technical Center. “We have a community college that’s able to shift and pivot as needed to address workforce training needs,” she says, adding the technical school offers programming from culinary arts and computer systems technology to construction management and welding.

“If you want a skilled workforce, Alleghany Highlands is sandwiched between Virginia Tech and UVA,” notes Oliver. “Actually, we have four universities within two hours of us including Virginia Military Institute and Washington & Lee just about 35 minutes to the east.”

In addition to educational and technical skills, Crosier says the area’s secret weapon is having a highly dedicated workforce. “People in this area work hard and are very diligent,” he says. “I think that’s our greatest resource.” 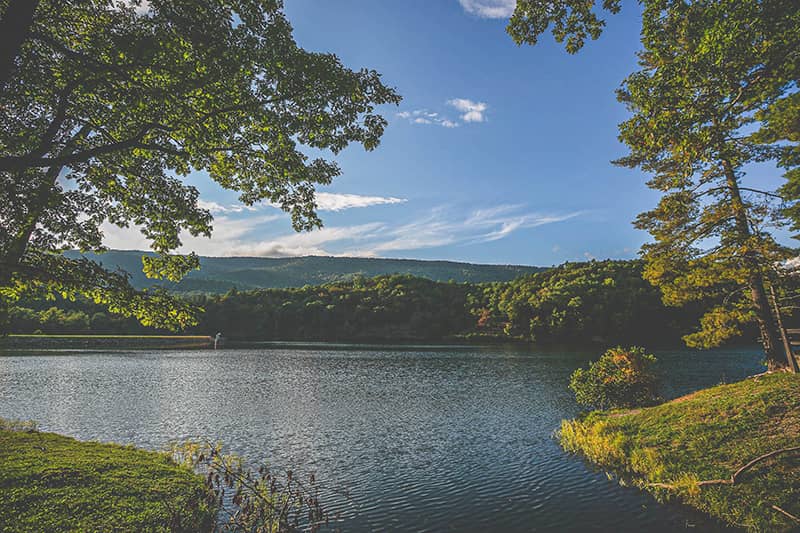 “The quality of life is one of the key benefits of locating here,” states Hammond.

She points out, “We’re more than 50 percent national forest. The Jackson River Scenic Trail is a Rails-to-Trails initiative running 14 miles. The Alleghany Highlands Blueway has lots of opportunities for swimming, fishing and paddling. You can leave work and be on the river in less than a half hour.” Additionally, there are vibrant downtown areas with local shops and restaurants and community events throughout the year.

“A lot of people think of tourism as just being for the visitors, but anything from an infrastructure standpoint that benefits tourists also benefits residents,” Hammond says.

Dressler concurs. “I refer to us as the mountain playground of Virginia,” he says. “Just in the City, we have five access points into the Jackson River.”

He adds it’s a great place to raise a family with outstanding municipal facilities, including the Jackson River Sports Complex with five lit multipurpose fields, a municipal pool and Casey Field, which serves as the city stadium.

However, he says it’s the community’s heart that really sets the region apart. It’s a place, he notes, where neighbors help neighbors. Hammond readily agrees. “If you have car problems, somebody’s going to stop and help you. It’s a very giving community.”

With more people seeking a better work/life balance and looking to establish a community connection, areas like the Alleghany Highlands have stepped to the forefront for both employers and employees.“If you come here, it’s quintessential small-town America, but we have the ability to walk heavily into the 21st century with technology and a willingness to grow and expand,” says Crosier. “I’m really excited about what the future holds for this area.”