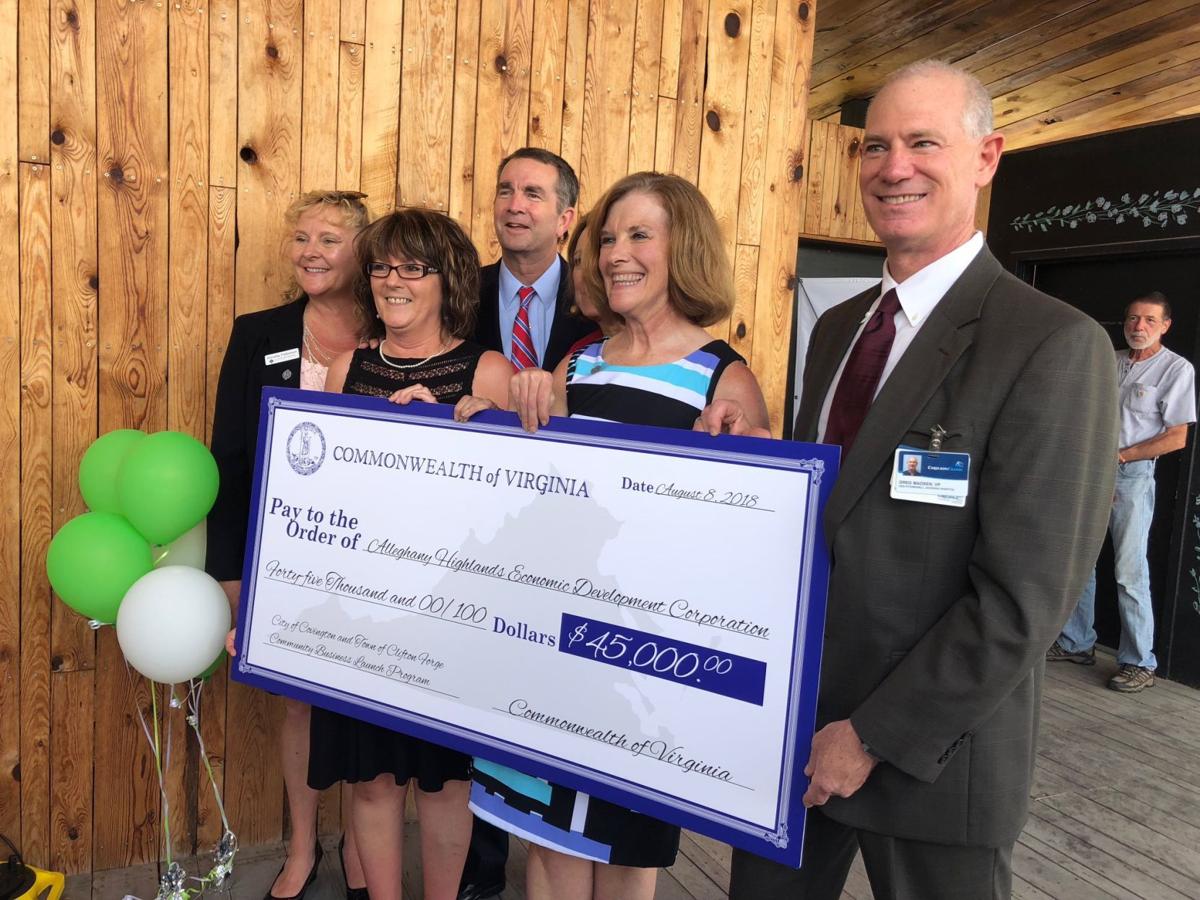 By Amy Friedenberger of The Roanoke Times

The Alleghany Highlands Economic Development Corp. has received $45,000 in state funding to encourage the growth of small business in Covington and Clifton Forge.

Gov. Ralph Northam visited the farmers market in downtown Covington on Wednesday to make the announcement before business owners, Democratic and Republican lawmakers and local officials. The funding from the Virginia Department of Housing and Community Development will be used to conduct business plan competitions and connect the entrepreneurs with training.

“While only a few entrepreneurs will win the competition, the program has given rise to many budding entrepreneurs who are prepared to run successful businesses in their communities,” Northam said.

“We’re trying to build on industries that make sense here,” she said.

Brown Hound Tree Service was one of the winners of The Gauntlet last year. Couple Carrie and James Poff are the co-owners of the business, which does tree care and removal. If you want a tree removed and it has sentimental value, such as it being the tree that supported a childhood swing, the Brown Hound can turn lumber from the tree into a commemorative item, like a bowl or table.

Carrie Poff said the competition was important in teaching them how to run a business, and the prize money helped them purchase tools.

Since the Community Business Launch program started in 2014, $1.26 million has been awarded to 19 communities, going to more than 370 entrepreneurs. The program has generated more than $1.4 million in private investment as well as 125 new full-time jobs and at least 60 jobs retained.

“This is a smart investment and shows how even a small amount of funding can have a large and widespread impact on the communities and lives of our citizens,” Northam said.

“This is an excellent opportunity to build businesses from the ground up,” said state Del. Terry Austin, R-Botetourt.